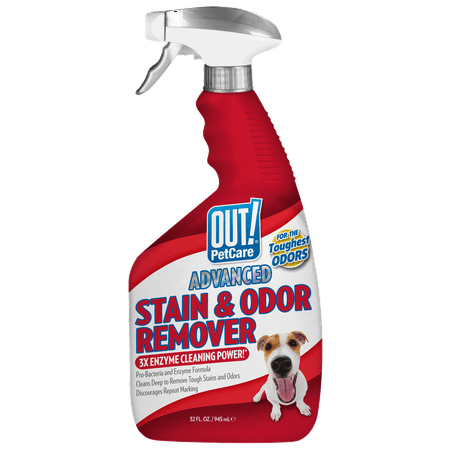 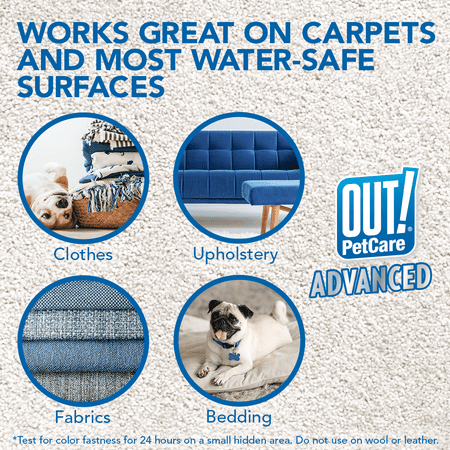 TACKLE TOUGH STAINS: 3x Pro-Bacteria and Enzyme formula cleans deep to remove the severe stains in your home PATENTED 3-IN-1 SPRAYER: This multifunctioning sprayer allows you to tackle any kind of stain that comes your way, and elimintae it the first time ELIMINATE EVERYDAY MESSES: Formula fights more than just pet stains, and is effective in cleaning and eliminating your everyday spills around the house CERTIFIED CLEANER: Certified by the Carpet and Rug Institute, you can clean your carpets, bedding and most water-safe surfaces with confidence REMOVE UNWANTED ODORS: The Enzyme formula destroys the odor-causing bacteria to eliminate those unwanted smellsCustomer Reviews

IT WORKS! Rodents, Cats, Dogs, poop or pee! Amazin
This stuff is AWESOME. My aunt was a cat hoarder and had over 40 cats. Literally her apartment burned your face being in there. I was told by tons of people the “only thing thatll get rid of the ammonia smell is $99 a gallon at the pet store!” Ahem. No. Im never paying that, i wouldve just accidentally left the toaster turned on with paper towels that i accidentally dropped inside of it.
I actually first bought OUT! In the pink bottle which is the same stuff just not concentrated and it was so amazing- i was able to clean years of pee and killer cat smell out of an entire room with one bottle of the pink stuff that cost less than $3! THREE DOLLERs!

Ive also bought this bottle, but i find that the pink one is plenty strong enough for even the worst pee stinches.
So i can save a little if i buy this one, and just mix/dilute it myself. I kept the old pink bottles and can use this one to make 3 full bottles.

So far i have used this and successfully gotten rid of the smell of:

Positive results
I have used this before. It works well. My small dog sometimes poops inside instead of going out his doggie door, especially in bad weather. I recommend spraying this on the rug after the poop is removed and then taking water and a sponge to clean the area.June

No disappointment
My dog just had surgery and had an accident it was a night are trying to get out the odor...I bought this product and it's gone...G O N E!!!!Jobs